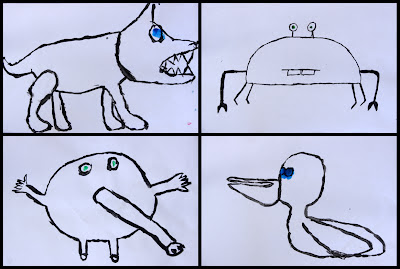 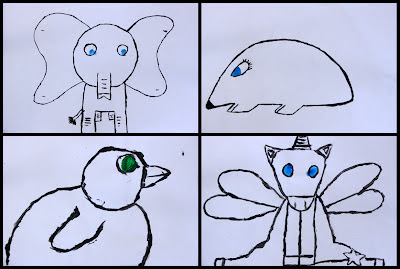 These animal all-sorts were inspired by Bob Gill's The Green-eyed mouse and the Blue-eyed mouse. It's a neat story that my wife introduced me to earlier in the year. The art contained therein worked well as a springboard into this lesson, and the story's well worth sharing with children and adults alike. This was a fast paced lesson with the year 5 half of a 5/6 class while year 6 were on an excursion.

Although these were painted it would be quicker and probably just as effective to draw them with permanent markers, but I do like paint... The students made some pencil sketches after observing a few of Bob's understated but endearing animals. Next they painted with regular black acrylic before adding their final blue or green eye colour. I don't think you'll be able to find all these in the wild, captivity or even a fieldguide - but it's great to see something brought to life from the animal kingdom of a student's imagination! 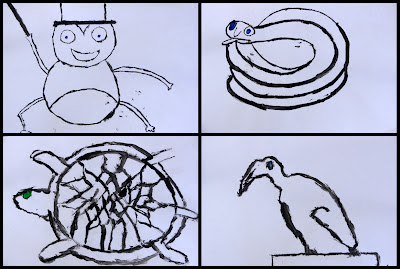 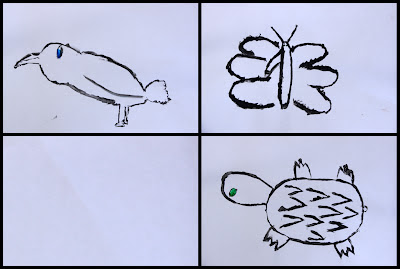