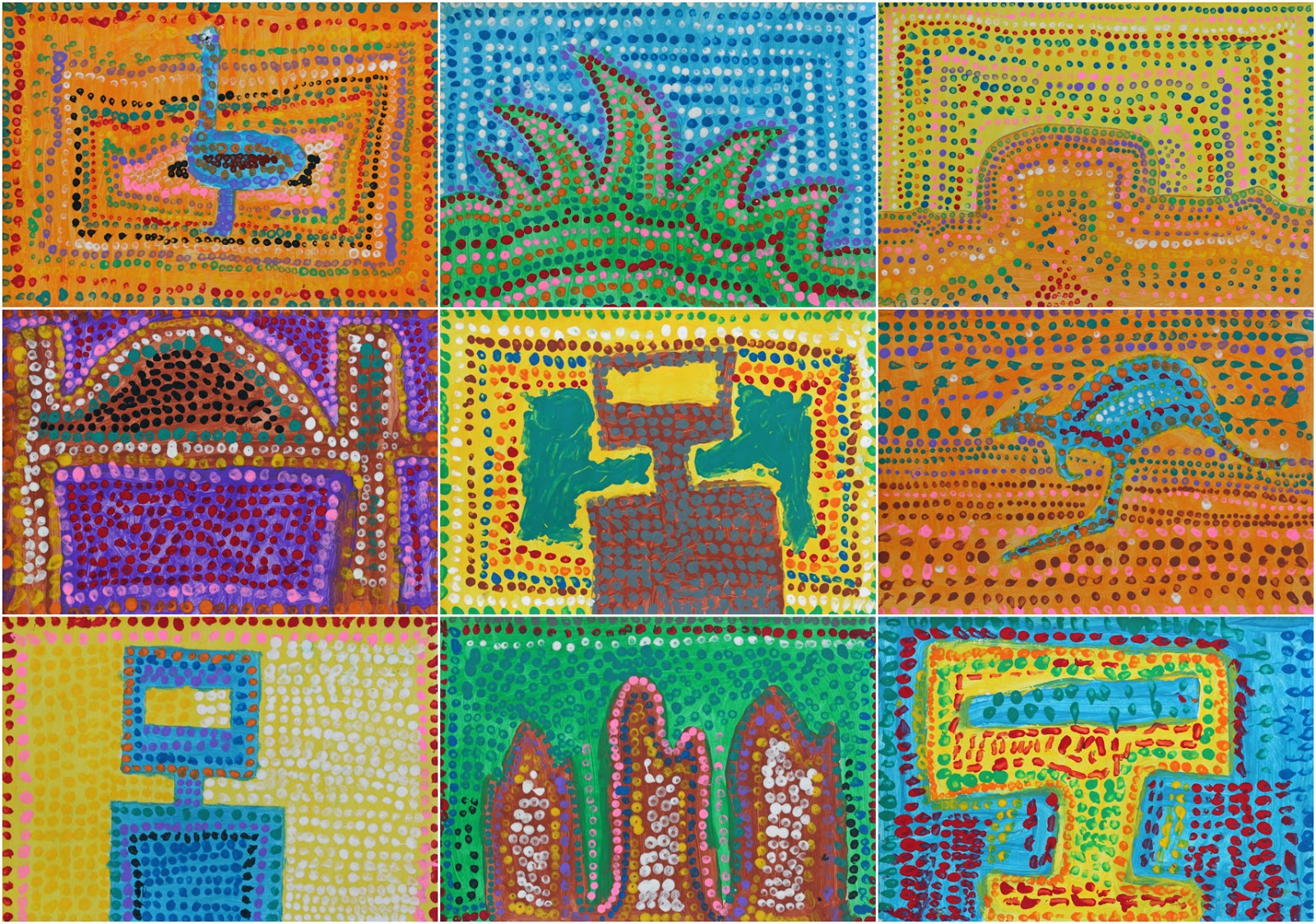 When I ran this lesson with year 3 and 4 students, they were in the middle of an Australian theme —including a focus on Aboriginal Australia (I was lucky enough to be with the class on an excursion featuring a guided and very inspirational tour through the bush, where we were taught about the many types of bush tucker and medicine surrounding us). Another focus was Australia’s natural and man-made landmarks, so this art lesson was a way of bringing these two aspects together.

First, we talked about things that were widely recognised as being Australian cultural icons. Together we made a list (some will be obvious to readers far from Australia, and others may not), which I trimmed down to those that could be easily drawn and identified in a simple silhouette.

We also spent some time appreciating the work of Indigenous artist Bronwyn Bancroft. Looking at her children’s book Why I Love Australia, we especially noted the bright and often non-traditional colours she uses. 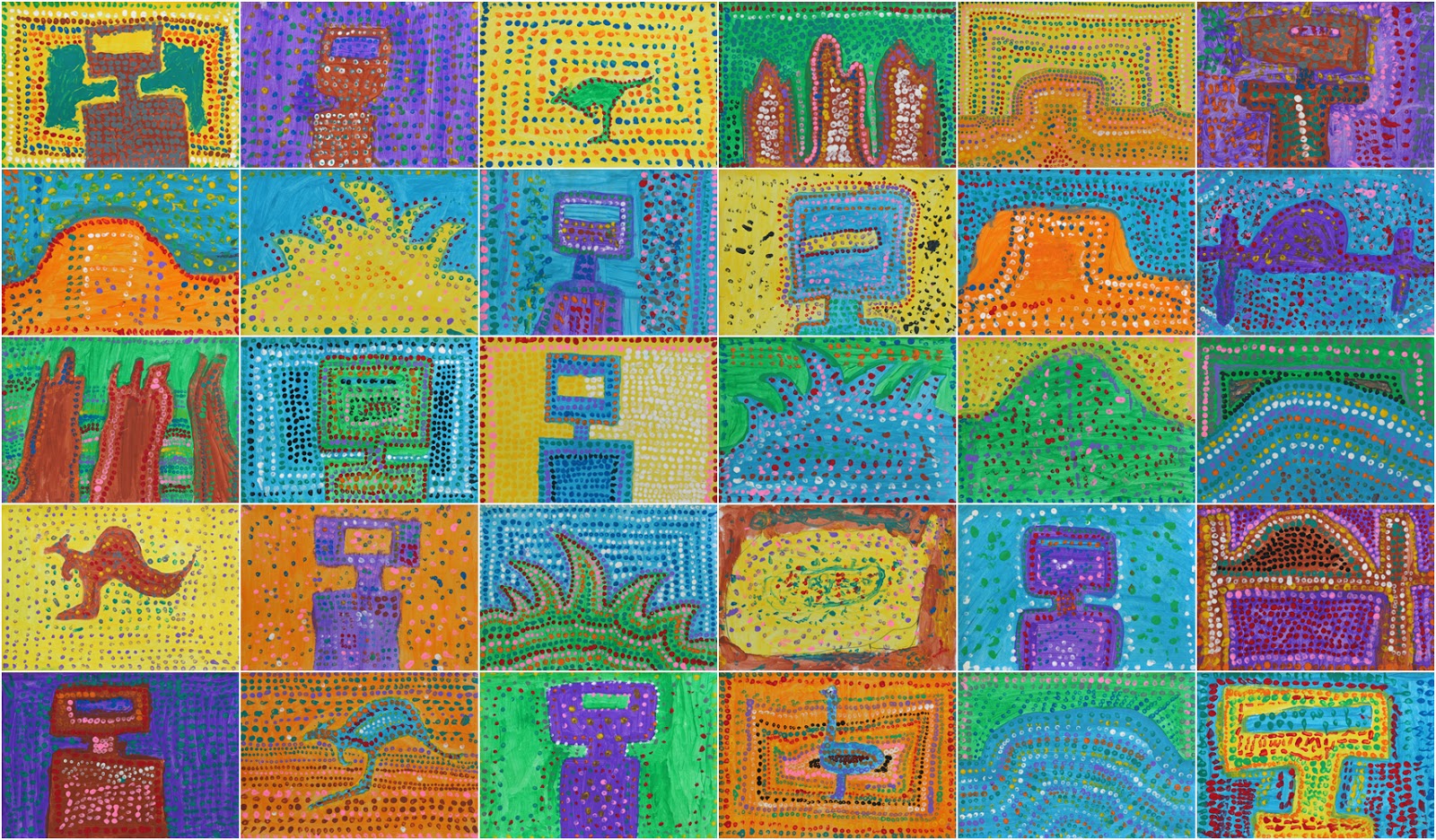 Then, the children chose their icon and drew it with lead pencil. Next, they painted it and the background in a different single colour. The children then used cotton buds to finish their icons with repeated dot patterns as used by many Aboriginal artists, but also using bright colours inspired by Bronywn’s art. It was quite a process from start to finish, but the children did a great job and the results are stunning.

The most popular icon turned out to be Ned Kelly, as inspired by Sidney Nolan’s famous paintings of him. For those further afield, Ned is our most infamous bushranger. Probably his most lasting legacy is the home-made helmet and armour that he sported, although as it transpired, without much success. He’s a controversial figure in our history — loved and loathed in equal measure. He was convicted of three murders, and hung in 1880 at the ripe old age of 25. Our other, less controversial icons featured here include an emu, a kangaroo, the Sydney Opera House, the Sydney Harbour Bridge, Uluru and the Three Sisters.

As well as enjoying the fine efforts of these students, I hope I may have captured the imagination of any of you viewing from abroad, and you're planning a trip here soon!