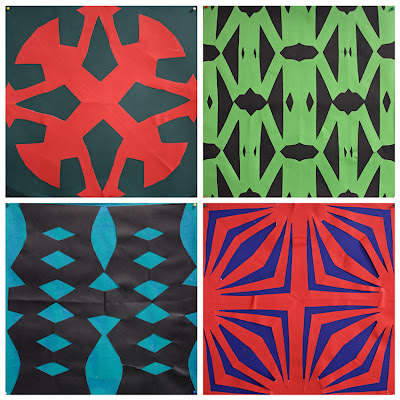 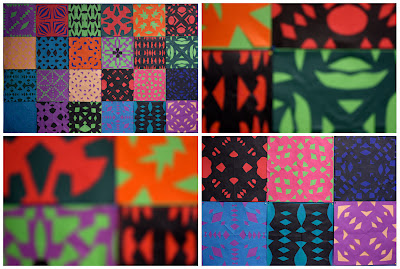 I call this kind of lesson "in-between art" because it's quick, fairly clean and can fit neatly between other parts of the school day. However I don't consider it to be a poor cousin to other more involved or elaborate art making because not only do they look great, but the children thoroughly enjoy making them. This is not an original idea or technique of mine but something I recall seeing in (I think from memory) a year 2 class a few years ago now. I'm sorry I can't be more specific with a source, please add a comment if you know where this idea may have originated from. These designs are courtesy of a 5/6 composite class — but I'm sure this process would work well with any primary year group. 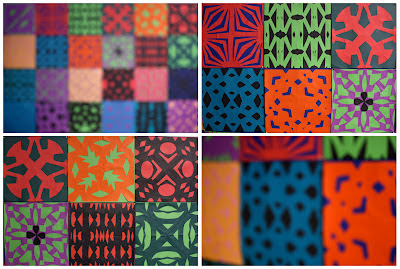 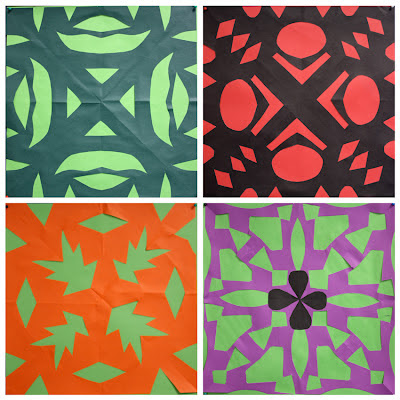 The children began by choosing two (usually) opposing coloured pieces of square paper. The first piece of paper is neatly folded a number of times until it finishes as a square, triangle or rectangle. While it is still folded, the children then cut some pieces out. Unfolding the paper to its flattened state reveals a "holey" pattern which is then carefully glued to the other piece of paper.

As an improvement I'd like to try having the children first use some newspaper squares as practice pieces so they can plan and adjust their cuts and resulting patterns before making a final pre-planned cut on their "good" coloured paper. I think this would also be a great opportunity to link in with some appreciation of the cutouts that famously adorn many Mexican homes, streets and other public places – it could easily be adapted to more closely emulate the paper cut flags made there. 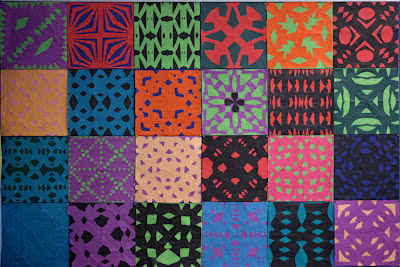