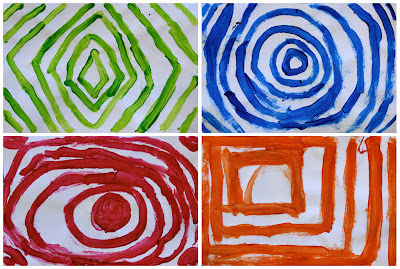 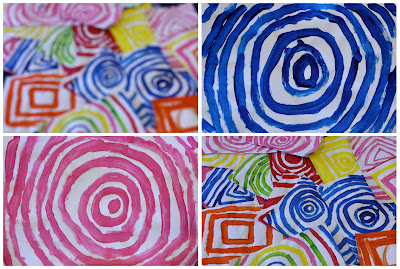 Art is of course a very subjective thing. What is considered good and not so good varies greatly from one person to the next. I think as teachers we often feel pressured to make sure all our art is "successful". Sometimes this can take the adventure out of art lessons and make us overly prescriptive to our students. Also it can mean that we focus too much on the end result (a nice display on the wall for visitors!) rather than the simple skills that actually contribute towards growing our students' ability to create successful art. Sometimes it's worthwhile keeping it really simple. Well I think so anyway, you'll no doubt make your own mind up! 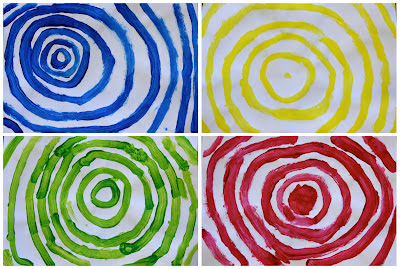 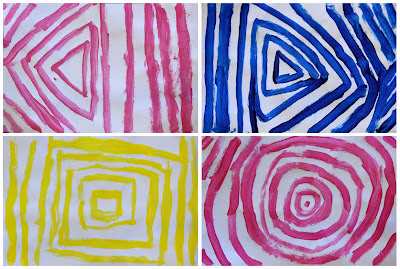 In this case, I was keeping it simple with a year 2 class. The children were engaged with a core fine motor skill of loading up their brush with paint and making deliberate and intentional, but not pre-prepared or penciled lines. This was repeated over and over. With one colour and one shape the students began roughly in the middle and continued to replicate the same but larger shape again and again until it disappeared off the paper.

To be honest, at first I wasn't sold myself – but I soon came around! Especially as I came to recognise the value in the basic skill practice, and when viewed together they became even stronger visually. I also think it was great for the children to see how striking and effective some simple repetition can be. The ones with several colours were completed one line each by the fast finishing students. There's an abundance of variations on this simple lesson that I look forward to exploring in the future. 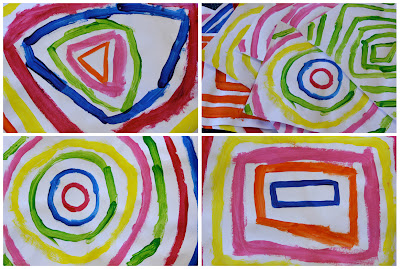 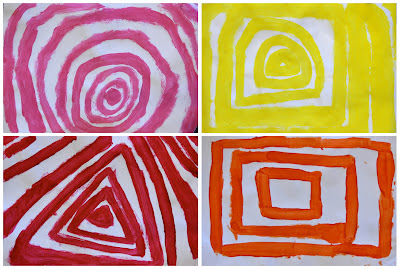