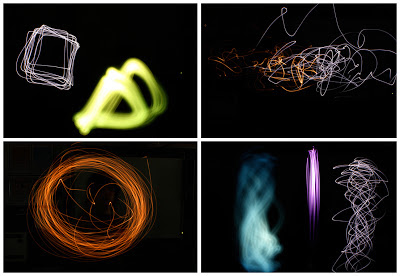 Year 6 students had a tonne of fun creating these time lapse photos on their second last day of primary schooling. I came across the idea on Don's excellent blog Shine Brite Zamorano. 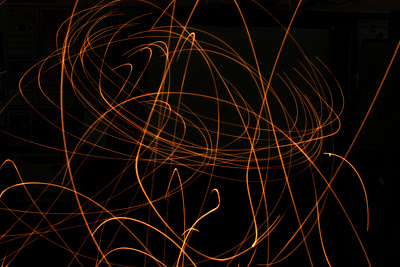 Way back when I was much younger and had my first SLR camera I used to take some time lapse photos of my friends twirling fire while on camping trips. But back then I only had a film camera, so not wanting to pay for loads of film and processing I never got too carried away with the process... Now with digital cameras there's hours of trial and error for free! 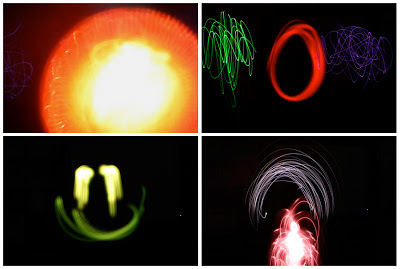 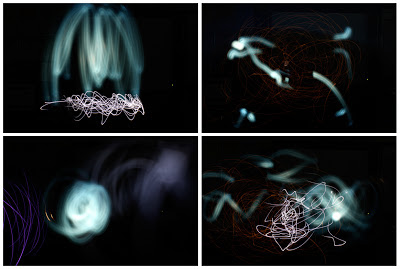 After inspiring the class with the work of Zamorano's students, I attempted to give a simple and succinct explanation and demonstration of the two essential camera functions (aperture and shutter speed) and how they effect the image that it records. I had my own camera set up on a tripod, the lights off and the blinds down. It wasn't near as dark in the room as it appears in the photos, but with a tiny aperture (around f/22) and slow shutter speed this is the result.

Next time I hope I have more light sources available. I only had one torch and my mobile phone (which has a small torch built in) plus some taped-on cellophane off-cuts to create the different colours. I had hoped that the students' own phones (which I allowed them to temporarily retrieve from their bags) would have torches or at least bright screens, but most were fairly dull. However, we made do and everybody had several turns each at orchestrating their light displays. 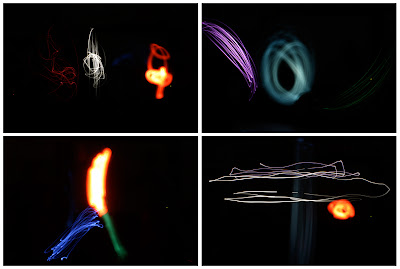 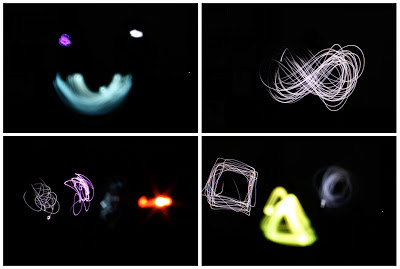 These are only a selection of the photos taken. Students took turns in small groups, and later individually. I'm pretty sure all the students enjoyed themselves but a few were enthralled—perhaps they will have been motivated enough to pursue photography at high school! 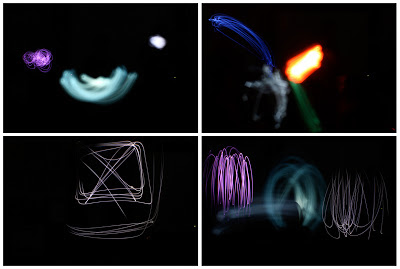