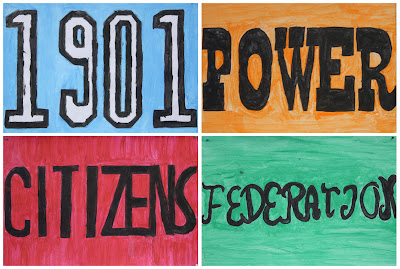 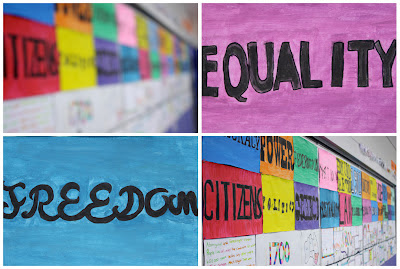 I was on a five-week block with this class when they began a new topic based on democracy and federation here in Australia. I decided to link this in with some typographic art inspired by the work of Californian artist Jeff Canham. As well as an artist, Jeff is a designer and sign painter. I showed the children a selection of his completely hand-painted work similar to his piece below. This seemed to excite them, especially his surf related art as a number of the students are keen surfers themselves. 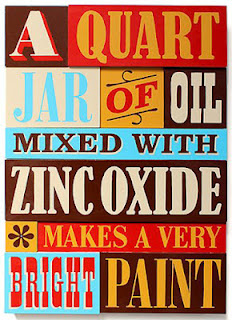 Each child chose a word, phrase or personality relating to the topic and then one of about five or six fonts as seen on the computer. Next I printed out their word written in their chosen font. To begin they redrew their word/s much larger on their art paper in lead pencil. Most students made guide lines with rulers and used their erasers judiciously. Once they were happy with their lettering, they carefully painted them in black. After the letters had dried, the background was also painted in their choice of colour. Keeping the lines between black and colour was a definite challenge and a number of students used a permanent marker to make some final adjustments once everything was dry. 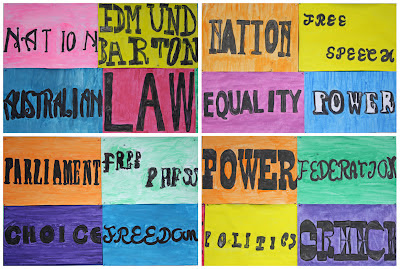 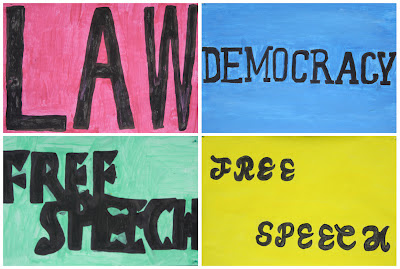 Other than the initial lesson, the signs were finalised over the space of about a week with small groups of children often painting in the wet area while the rest of the class continued with set work. I'm not sure too many students will have remembered, but I did take the opportunity to talk about some vocabulary specific to the disciplines of graphic design and typography such as serif and sans-serif fonts (a little French for the day) as well as kerning. And after advising the students not to come to school sans pants, I think a few more will have remembered the difference between the fonts! 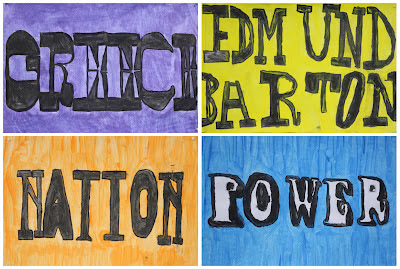 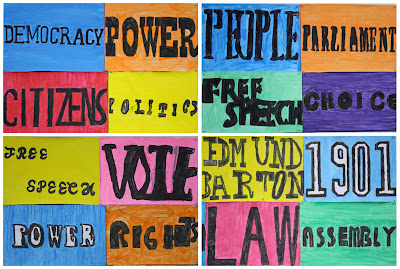 As you can see the completed signs became a terrific display across the back wall right above the federation timeline the class also made.